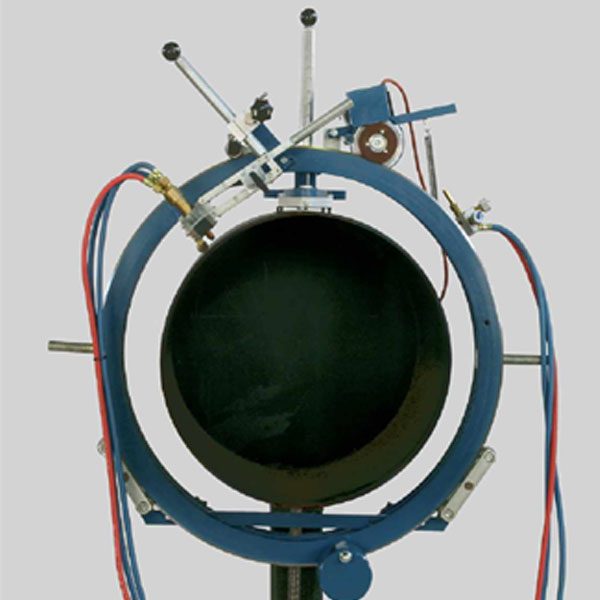 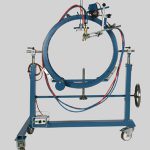 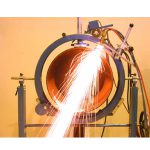 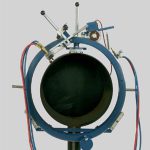 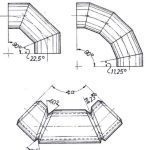 Information
For more information about our products, please contact us . We offer a wide overview of brochures and photo material for orientation.
We also develop customized 'specials', in line with your wishes and requirements.
Possibilities
Discover the possibilities of our products and come without obligation to contact with us. Contact us or request a quote .

RSG ROTOFIX Pipe cutting machines are designed for use in workshops and on construction sites.

They are slipped on, the pipes or the collapsible version, snapped on the pipes and then set up.

During cutting, only the torch is moving around the pipe being fixed in it's ball race away. Both the machine with it's driving mechanism and the pipe remain fixed thus assuring precise cuts. The angle between the cutting plane and the pipe axis is exactly 90° (respectively is corresponds exactly to the pre-set bevel angle) avoiding the off-setting of the cutting joint during cutting.

Special features of the ROTOFIX are short set-up times, even when constantly changing pipe diameters have to be cut, and the quality of cuts, saving refinishing.